I have followed the creating of the magazine Sindroms and the people behind. In conjunction to our own magazine I also reached out. I’ve been in contact with Monique which is now former editor in chief. When I found out that she leaved I reached out to talk a little about her inspirations and process with the print. It ended up being about early life inspirations, the creative industry and how making a magazine while working a fulltime job could be possible.

Relax and have a read.

Let’s take this a step back and talk about how you ended up in the creative industry and what inspired you to do so?

Monique: I don’t remember a big, pivotal moment as such but what I do know is that I am and always have been ’old school’, I guess. At least that’s what people have told me in the past. I love analogue—including everything print-related (books, magazines, posters, notebooks, polaroids etc.). To this date, I take notes in my notebook and I have a physical calendar that carries thoughts, to-do lists and appointments. I also love writing or receiving (post)cards and letters. The combination of touch, smell, vision and tactility is just something that digital doesn’t offer—not now but maybe in the future, who knows. So, yeah, back to your question, you could actually say that doing something with print is a natural progression. I always considered it as something that would eventually happen ‘one day’—and I still see it as something that will always be in my life.

I guess Bitchslap magazine was the first ‘real’ encounter with print—for me, it was the first time my work was being published in a physical magazine. I still remember that moment so clearly and I knew there was no turning back. Since then I’ve been romanticising the idea of publishing my own magazine or book. I’ve spent many long nights with friends dreaming about that and plotting scenarios for how to make that actually happen. When I saw that Kinfolk magazine had moved to Copenhagen, I was over the moon and instantly applied for the first job opening I saw. I have no clue how I survived the job interview because all I could think about was not fainting; that’s how excited I was. I was offered the job an hour after the interview and the chapter print industry officially started. A few months after I started, one of the co-founders of Sindroms—that’s where you know me from—started an internship at Kinfolk. In her last week, she asked me to become the Editor in Chief and that was the beginning of one long year of planning, preparing, and most of all hiding the existence of the magazine. It was exciting, nerve-racking and crazy! I made it! My first-ever magazine! Little did I know how much work that entails.

So, you guys found each other through work or how was the constellation?

Monique: Right. Let me run you through it; I’ll try to keep it simple. Like I mentioned before, it all started at Kinfolk, where I met Miruna in the summer of 2016. As one of the original co-founders of Sindroms she was also, from what I remember, in charge of putting together the team. I believe I was the third member to be recruited (out of originally five). I was sitting with Miruna and Kotryna in a café at one of those hot Copenhagen summer days everyone is always longing for. And suddenly, I was Editor in Chief, a title I’ve always been dreaming of. It was the first time ever that suddenly I was in charge of setting the tone of voice, finding colour-coordinated topics, making briefs, commissioning writers etc. I’ve only ever been on the other side—as a writer—and I had absolutely no idea what would be ahead of me in terms of workload and processes. Maybe it was good that I didn’t, ha. Even though it was a dream come true, it was also one of the most challenging period I’ve been through so far. You can probably relate. It’s almost like being a pro athlete: you have to have endurance, motivation, passion and you can never—at all times—lose track of the grand vision.

Did you think that you hit the vision in your first issue for Sindroms?

Monique: That’s a hard question because I am of course biased. But I do believe we did the best we could with the resources (and time) we had. I actually haven’t opened the Red Sindroms since we launched it; in fact, I never read any magazine after the launch—except for the initial flick-through hot off the press. I am too afraid to discover spelling mistakes or missing dots at the end of a sentence. Please don’t ever tell me if you find something!

I do believe that Sindroms’ vision has gotten stronger with every colour that has been released. It seems like people needed a few issues to fully understand what we wanted to communicate. Now, it has almost become a collector’s item. And I love seeing that because that’s exactly what we were aiming for when we first talked about a monochrome magazine—and I am proud that Sindroms has come this far.

Monique: It’s funny that you ask about having Sindroms as a side-gig. I had almost forgotten about how wild it actually was but now that I think about it, I have a huge grin on my face. It’s fascinating how easy we seem to forget the hardest of hardships in our lives—and after a while even start romanticising them. It’s safe to say that it wasn’t romantic. All of us had full-time jobs, which meant that a “normal” Sindroms workday would start after 5PM and full days on weekends. Looking back, I have no idea how we managed to produce a magazine. I’m not sure if I would be able to pull it off again to be completely honest. Since leaving Sindroms, I have noticed how much time I have before and after work—and I have really enjoyed it .I might be a cliché saying this but suddenly I have time to move my body again, read a book or attend drawing classes. It’s these simple things that have made a huge difference in my life. I 100% mean that.

But let’s not forget all the contributors that have made this magazine come to life. Without them, Sindroms wouldn’t exist. I have a lot of respect for all the time and effort that was put into producing content and visuals for us, especially in an industry that doesn’t always respect the human behind the work. I am forever grateful for their trust, and, at the same time, sincerely hope that one day soon, this industry will change. Working in this industry is not always as glamorous as it might look like, and I’m very passionate about spreading this message.

You didn’t ask me this but I definitely dress more colourful after starting Sindroms - Felt like adding that!

Thank you for your time Monique! 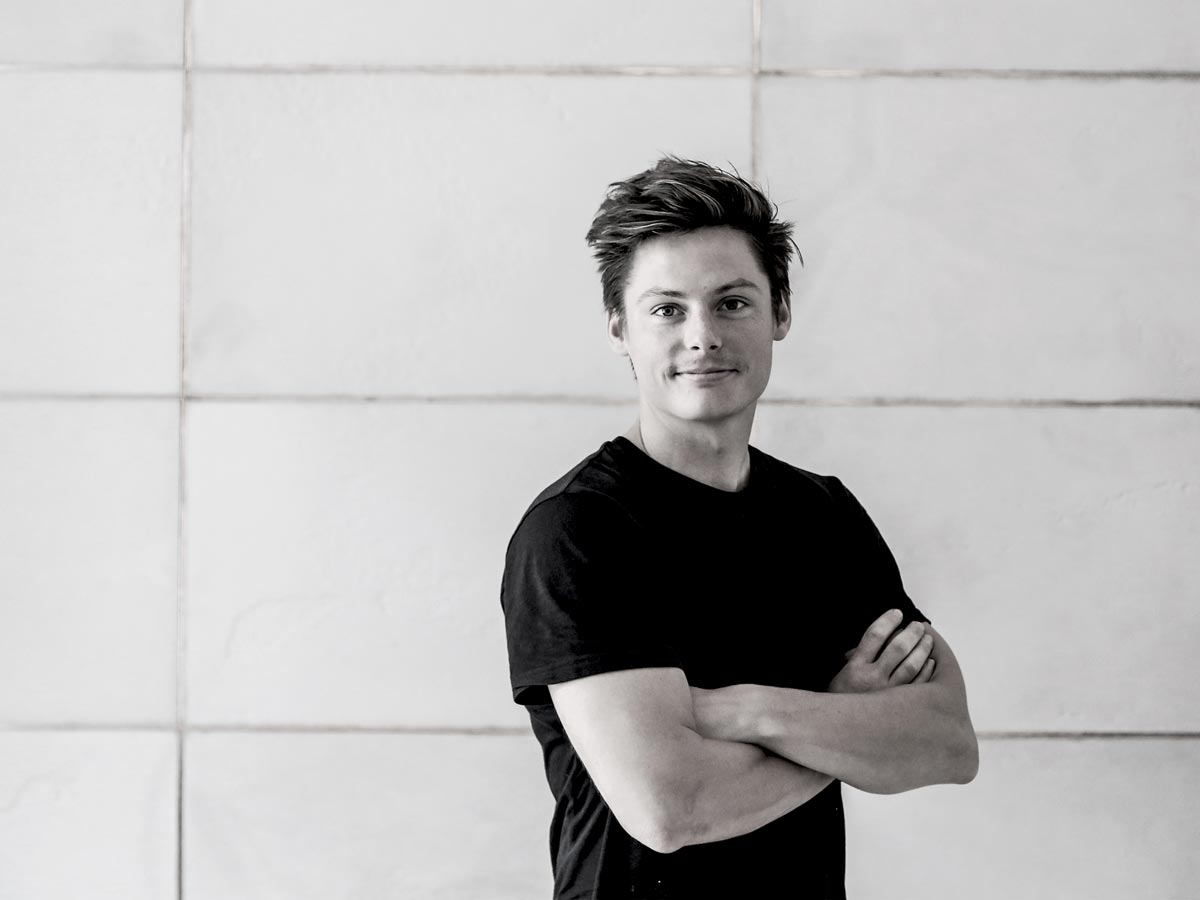 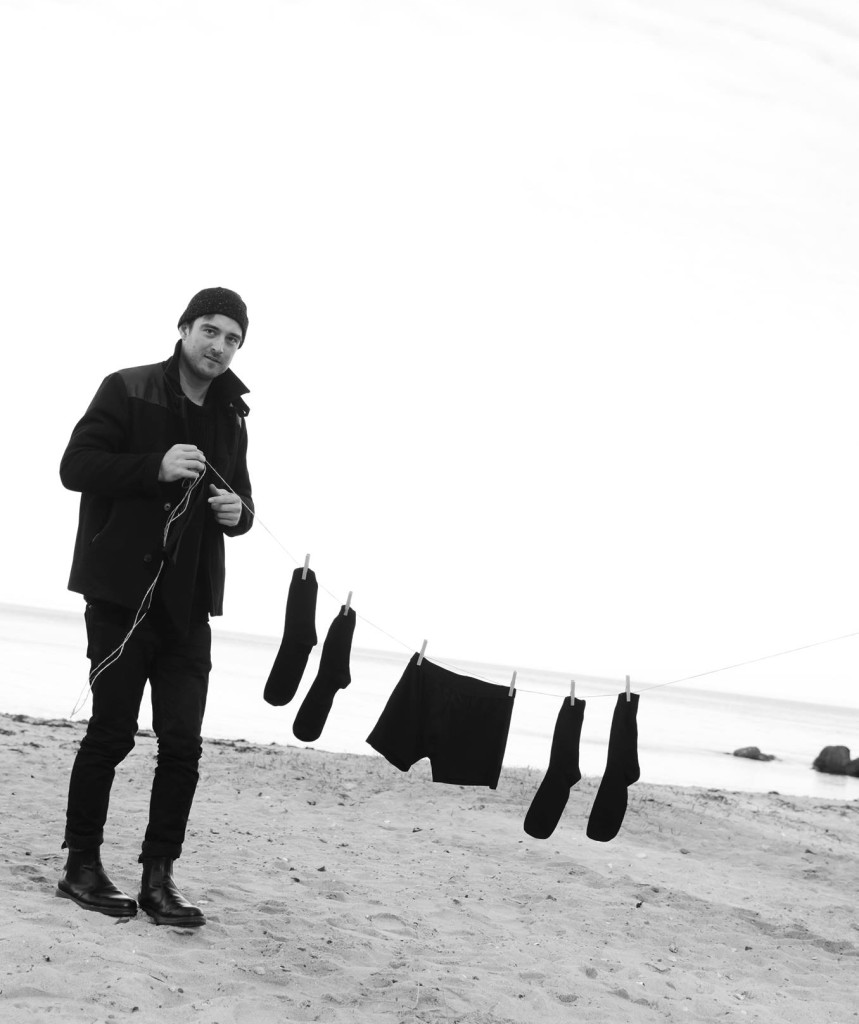